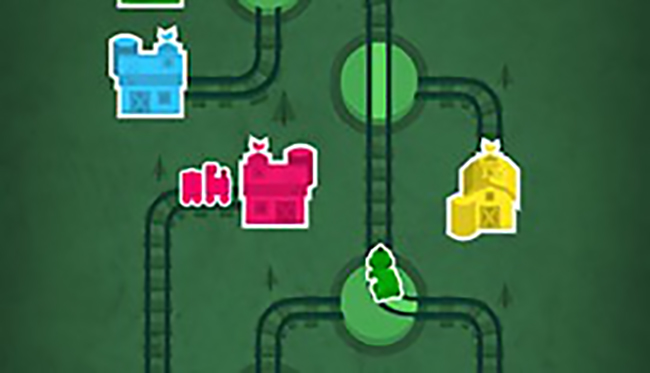 At the beginning of recovery from brain surgery, I couldn’t pay attention long enough to read anything, play a game, or even follow the plot of a movie. I was afraid that would last forever.

I have a subscription with Lumosity for brain-training games. They are designed to improve your memory, attention, flexibility, problem-solving, and speed. Back in December, games that I’d whizzed through before were impossibly difficult.

I’m playing the games again, but even after a couple of months back, many of my scores are much lower than before the surgery. I make simple mistakes and it’s hard to focus on the action. I’m definitely slower.

Last fall, when I played the games regularly, they made me feel smart. I aimed to get a “personal best” score in three of the five games each day, continually upping the ante on myself. I went from being in the 80-something percentile to being in the high-90s percentile (someone in the 90th percentile is scoring better than 90 percent of others playing the games).

There is an overall score, the Lumosity Performance Index (LPI), which is a standardized scale calculated from all your game scores. My LPI peaked at 1637 last fall.

When I went back to the games this spring, it wasn’t so much fun because they made me feel dumb. I couldn’t come anywhere near my personal best scores; most of my scores were 25th place, 75th place, 112th place. My overall LPI was in the 1500s.

In other words, I was back to where I’d been when I first started playing the games. All my gains were lost. I didn’t even look at my percentiles.

There are parts of my brain that are stuck or maybe damaged, but it’s only a problem if I get panicky about it.

The game I have most trouble with is called Train of Thought, which involves continually changing the direction of train track switches so that each train goes to the correct station. It requires shifting your attention rapidly. The key to it is NEVER PANIC.

Again and again, I freak out if I think I’m going to make a mistake – even though there is no consequence. No trains crash, they just end up in the wrong place. But you can only go to the next level if you succeed in getting them all in the right station.

Instead of trying to play at the level I was before, I started all the games at lower levels and did them more slowly, giving my brain time to catch up. I stuck with it, and my brain figured out new ways to play some of the games. My scores slowly improved.

Today I scored a personal best in two games, and scored 10th place or better in three other games. My LPI is up to 1613. So I’m starting to get near where I was before the surgery.

However, my scores in Speed, Flexibility and Problem Solving are still falling below what they were a year ago. That tracks with what I observe about my cognitive abilities day to day, in work and life.

Time to play it again.

Today’s penny is a 2005, the year Lumosity was founded.