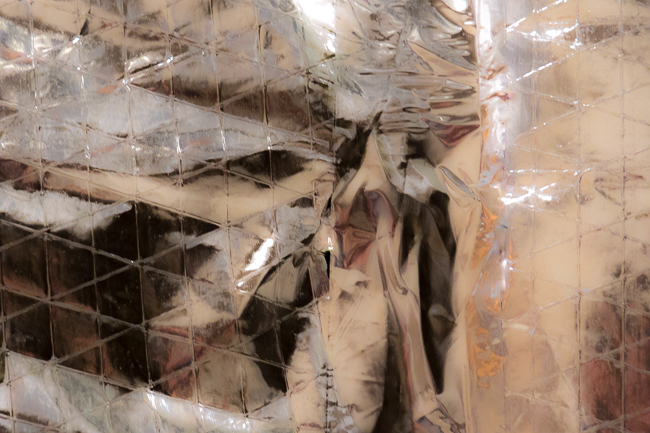 The noise started when the heat came on last night. A high-pitched tone that could only be from something mechanical.

The kind of noise that makes me crazy.

The heat didn’t come on. The registers were blowing cool air. I waited for the air to get warmer. It didn’t.

I turned the thermostat’s heat switch off and contacted the owner of our rental. (Man, it’s so nice to have this problem be someone else’s responsibility.)

This morning, the HVAC guy showed up. I liked him right away. Charlie has a compact, efficient way of moving and that friendly local way of talking. He looked at the furnace and handled it like a professional equestrian.

He found that the furnace had shut off because of some “rollback” where the flames were being pulled back toward the outer mechanisms. A sensor stopped the flames but kept the fan running.

It was an easy fix to reset the sensor and tweak the mechanism to ensure the rollback didn’t happen again.

Now for the real problem: the high-pitched noise.

Charlie deftly moved through the parts of the furnace system, and within a few minutes pinpointed the source.

It was coming from the damper. The duct leading from the furnace to the basement duct is rectangular, and that shape of damper has louvres, Charlie explained. But the louvres aren’t quite airtight, so when they are shut, the forced air in the rest of the ductwork pushes against them. The little bit of air that seeps through creates the high-pitched noise.

When Charlie installs ductwork in a new place, he puts the damper in the round duct. That’s a single round piece, rather than louvres, and so creates an airtight seal, preventing any noise.

But in this house, whenever the basement heat is off (which will be most of the time) and the upstairs heat is on, we will hear that high-pitched sound.

This is the sort of noise that drives me completely berserk. Especially in the middle of the night when I am trying to get back to sleep.

“How much would it cost to change the damper to the round duct?” I asked Charlie. “You’re looking at, well, probably around $600,” he said.

OK. I can’t afford to pay that and I’m sure the owner won’t. There’s nothing mechanical wrong with the damper.

I could leave the basement heat on all the time, I guess; if it’s on, the damper is open, so no noise. But that is a big waste of energy.

So I will have to live with this noise all winter.

I think the reason that mechanical noises drive me crazy is that they hit my brain like an alarm. Noise = problem, and problem = potential danger. My brain’s alarm goes off and keeps going off until I do something about the noise.

The good news is that now I know exactly what this particular noise is.

Because I know what makes the noise – and that it’s not an actual problem or danger – I can reassure my brain and shut off the alarm.

I will be able to visualize it, and turn the image of that high-pitched sound into a small, friendly whistling spirit saying hello.

Today’s penny is a 2013, the year this house’s furnace was last inspected.

4 thoughts on “That high-pitched noise”